I've installed screws on all my wood easels, another studio easel and a french traveling easel. 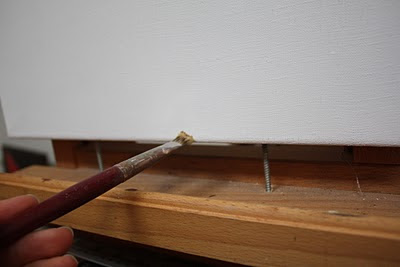 The screws also hold on to the canvas and give me confidence that the canvas will not go anywhere ;)

The easel in the these photos is my biggest easel.  The Italian Mabef M/04, here is a link to Mabef's website http://www.mabef.it/english/prodotti/studio.php 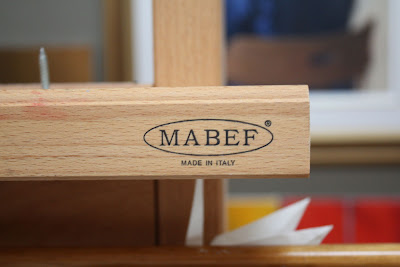 This is a beautiful easel with a crank at the front to move the canvas up and down as you need. 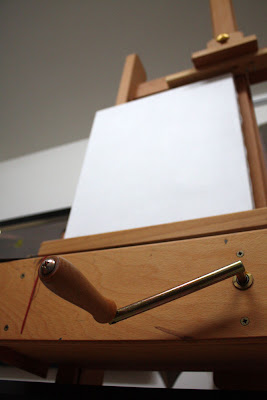 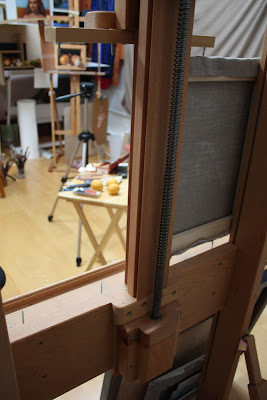 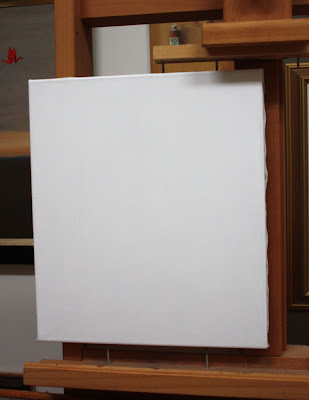 Here is how I went about installing the screws into the easel.  For the top part I ended up using a small piece of wood I had sitting around.  I put 4 screws though the piece of wood pointing downwards.  Then I attached the piece to the easel's top holding thing with 2 screws. 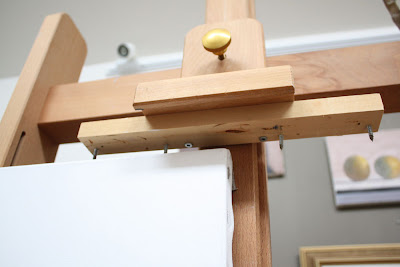 I wanted to keep the screws as close (front and back) to the main upright support of the easel so the canvas can be placed firmly against the main support and then one can lower the top holding thing to secure the canvas. 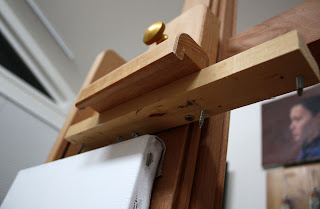 When I'm working on a small canvas I want to be able to set it up at the left of the easel so I can see my model and the canvas easily.  With the top wood piece extending out on both sides it lets me set the canvas where I want it. 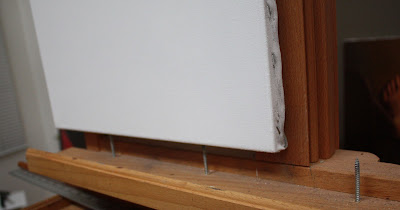 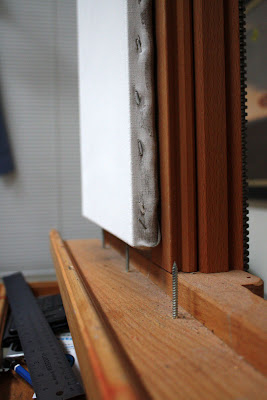 Here is the last tip, make sure all the screws are at the same height!   ;)
Posted by Noah Layne at 10:52 PM No comments:

Here are a few photos of the painting that I've just finished.
For a more detailed step-by-step demo of a similar painting check out this demo on my website. 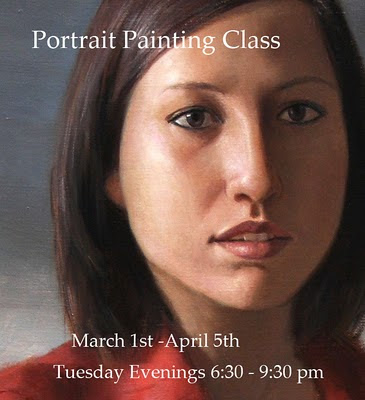 
In this 6 week course we'll be working from a live clothed model.
I'll be teaching the use of plumb lines, comparative
measurement, and tilt angle to find correct proportions and how to paint
convincing form by controlling ones use of hue and chroma.
Lots of demos and individual instruction!

Here are a couple of recent paintings.


In Fall Apples I was thinking a little about Claudio Bravo.  I remember reading many years ago about some of his still life paintings from the 70's? when he was influenced by some zen ideas.  If I remember correctly he was painting rocks on a white table.  They were just scattered and placed randomly on the table.  I liked the idea that there are beautiful relationships in any grouping of things.

Of course I've not got to the part where I'm just randomly placing things in my still life setups but I like the thought. :)

When I think of drawing or painting peoples faces, I'm reminded that even though there are people who have features and proportions to their face that are more easily recognized to our eye as beautiful every face has its own unique beauty and rhythm to its shapes.

In Fall Apples I also used one strong light source as well as a softer light that was not coming from the same direction as the main spotlight.  It was interesting to work with this light.

In Onions and Garlic I was back to using just one light source on my setup. 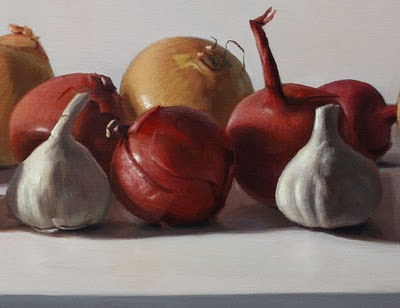 I've been nominated for a Canadian Weblog Award!